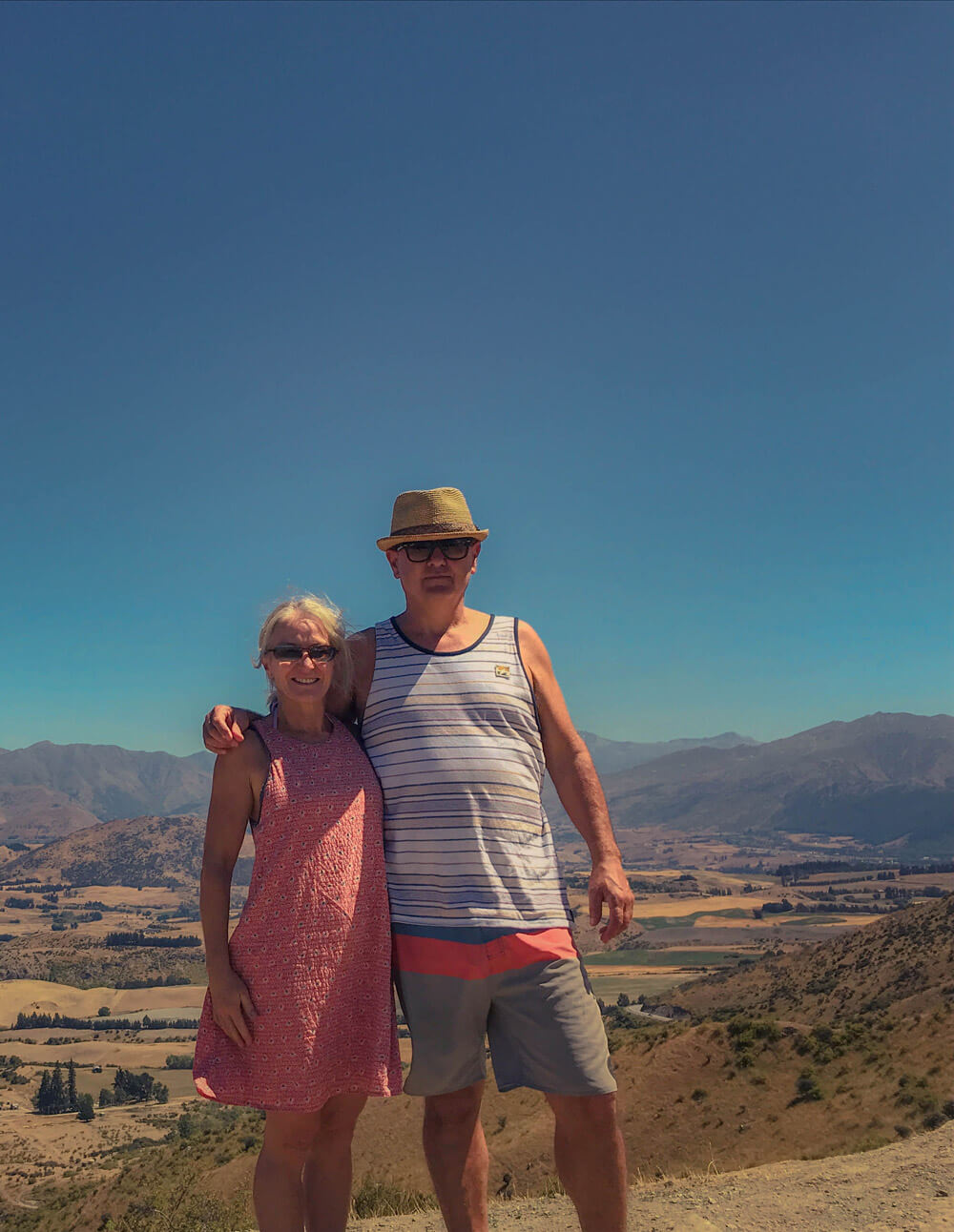 A bit about Cathy Scarlet and Jason Devliotis

Cathy’s background has been focused on hospitality since she left school. She has had 13 years of Hotel experience, and later worked in Adventure Tourism. She was employed as Marketing Manager for a Skydiving company and also did some time working for a Bungy operation in the Skippers Canyon.

Cathy enjoys hosting and meeting people from all over the world, and takes pride in caring for each individual in her special way.
After spending 15 years in Queenstown, Cathy moved to Auckland in 2002 to be with husband Jason.

In August of 2017 they both made a choice to move back to Central Otago to follow Cathy’s dream of running their own Luxury Accommodation in Arrowtown.

Jason Devliois grew up in Rotorua and later moved to Auckland.
He has pioneered Filo Pastry into New Zealand.
After 25 years of manufacturing Filo, he agreed to sell up and move back to the South Island to follow Cathy’s dream.
Jason enjoys meeting new folk, and now prides himself on making great coffee.

Both Cathy and Jason enjoy travelling, skiing, playing golf, bike riding and hiking. They enjoy life in Arrowtown with its tranquil atmosphere and crisp fresh air.